A Brief History of the Science of Neuro-Axiology 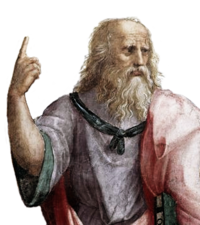 Neuro-Axiology is a relatively new science created by the integration of neuroscience (mind-brain science) and formal Axiology (value science) – the study of value and goodness.

As a philosophy, Axiology has existed for more than 2500 years since the time of Plato, Socrates, and Aristotle (you can Google it!). During the mid-1900s, Dr. Robert S. Hartman (who had a JD, a PhD in Mathematics, and a PhD in Philosophy) applied a scientific methodology to the study of axiology and is recognized as the “father” of formal (scientific, mathematical) axiology.

Relevant to our work, Dr. Hartman made two important contributions: first, he was able to establish a mathematical framework for measuring and understanding the nature of value known as the Axiological Hierarchy of Value. Not to be confused with Abraham Maslow’s Hierarchy of Needs, it is interesting to note that Dr. Hartman and Dr. Maslow were close professional colleagues and personal friends. 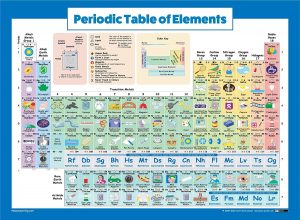 A simple way to conceptualize the Hierarchy of Value is to recall the Periodic Table of Elements in which elements (i.e., helium, gold, uranium) are basically ordered according to their “atomic weight.” Atomic weight is determined by the total number of protons and neutrons in an atom of an element. Atomic weight is approximately the same as an element’s “mass.”

Dr. Hartman used a similar methodology to show that ALL things, tangible and intangible, can be categorized according to their “axiological weight” where “axiological weight” is determined by the number and complexity of properties and attributes a ‘thing” requires to be what it is and to fulfill its definition or purpose. Using the mathematics of finite calculus, he was able to codify a framework for the objective measurement of value: the Axiological Hierarchy of Value (HOV). Axiologically, the value of something is equal to its “axiological weight”.

Moreover, Dr. Hartman’s work also demonstrated that people’s performance and quality of life (as measures of value creation and value experience) are greatly dependent on the degree to which people operate, individually and collectively, in accordance with the HOV.

This leads us to Dr. Hartman’s second major contribution – the Hartman Value Profile™ assessment instrument. Recognizing that while value can be objectively predicted, measured, and represented by value science and the HOV, the human mind is purely subjective in its judgments of value – in determining what has greater and lesser value.

The Hartman Value Profile (HVP) is a brilliantly designed system that enables us to quickly and accurately measure and then compare an individual’s subjective “Personal Value Hierarchy” with the objective HOV as a way to measure and understand that person’s World View and Self View. The HVP has been scientifically validated repeatedly over the past 60+ years to be extraordinarily reliable and accurate.

Sadly, Dr. Hartman passed away in 1973. Today, the Robert S. Hartman Institute, headquartered at the University of Tennessee, is a global association dedicated to the furtherance of his work and the advancement of applications of formal axiology to the betterment of lives, organizations, and societies. Axiogenics and its founders are long-time active members of the Institute as Axiological Service Providers. 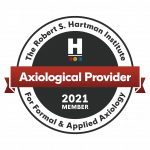 Fast forward to 2007. Over the previous decade or so, in the fields of neuroscience and related mind-brain disciplines, significant discoveries were made regarding how the brain works – what makes us tick, what makes us “ticked off”, and how we can learn to tick better. It turns out that the mind is much more changeable than previously believed.

However, a big problem still existed – though “brain change” was clearly recognized as possible, none of the known techniques used to cause change actually worked with any reliability or practicality for people in everyday life.

Perhaps not unlike how Reese’s Peanut Butter Cups came to be, the founders of what would become Axiogenics, recognized the astounding correlation and potential synergy to be realized by integrating Formal Axiology and the HVP with all that neuroscience was discovering about the mind-brain. That led to three game-changing revelations.

The first revelation, based on what we were learning from neuroscience and cognitive-behavioral psychology, is that Dr. Hartman himself may not have fully recognized what his HVP was actually measuring. In his day, he thought of it more as a personality assessment (which were, and still are, all the rage). Today, we know that what the HVP actually measures is how a person thinks — to think is to e-VALUE-ate!

A VQ Profile® is our proprietary interpretation and utilization of the HVP assessment. In just 15 minutes we’re able to identify a person’s best and less than best ways of thinking — their Cognitive Assets and Cognitive Biases. Mental habits associated with Cognitive Biases are ways of thinking (often subconsciously) that undermine critical thinking, decision-making, performance, and quality of life. Cognitive Assets, however, are a huge source of untapped potential.

The second revelation is that “value” is the driving force of the human mind and spirit. Our beliefs, perceptions, and judgments of the value of things, conscious and subconscious, is what drives virtually everything people do. Moreover, real success in any worthwhile endeavor – the kind of success that maximizes quality of life in ALL its measures – is not about the value one gets, but rather, the value one creates.

Hence, what we call The Central Question of Life, Love, and Leadership:

What choice can I make and action can I take,
in this moment, to create the greatest net value?

The third revelation is that every person has untapped potential embedded within the wisdom of their cognitive assets and rather than adding more knowledge and potential, or trying to fix people’s weaknesses or shortcomings, the fastest way to make significant, measurable, and lasting improvements is to enable people to intentionally bring out more the untapped potential (cognitive assets) they already have and then build from there.

Neuro-axiology is the fusion of modern mind-brain science and formal axiology. The VQ Profile provides objective data and crucial insights that can be utilized in way that is congruent with neuroscience to teach people how engage more of their Cognitive Assets – their “A-Game” while eliminating the undermining of their Cognitive B-Based – their “B-Game.”

in Print and on Kindle

What started as a theoretical white paper in 2007, eventually became a book, Answering The Central Question (2010) that introduced this new science of neuro-axiology to the world. In his endorsement of the book, Stephen R Covey, famed author of 7 Habits of Highly Effective People, called neuro-axiology a “groundbreaking science.”

With the publication of the book, Axiogenics LLC as launched. Since then we have more even breakthrough discoveries and have developed a body of work that is truly game-changing.

Today, Axiogenics and Axiogenics Certified Partner Coaches and Consultants are true game-changers for the profound and unprecedented difference they are able to make for their clients and client organizations. Perhaps even more importantly, for the way it enables those clients to become game-changers in their own right.